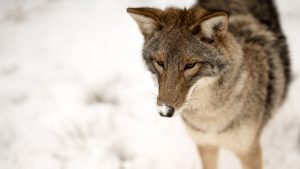 Also known as the American Jackal and the Prairie Wolf, the coyote, Canis latrans, is a medium-sized canine native to North America. It is smaller than its close relative and largest extant member of the genus Canis, the gray wolf, although it is larger than the Old World golden jackal. 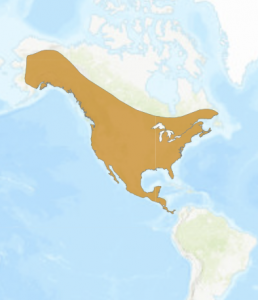 The coyote’s traditional range was limited to the deserts and prairies of North America, however as the United States expanded across the continent in the 1700s and 1800s the larger apex predators (cougars, bears, and wolves) keeping coyote populations in check were eradicated. Today, the coyote is found across the United States and has expanded its territory southwards throughout Mexico and into Central America as well as northwards into almost all of Canada. In 2013, coyotes were sighted in eastern Panama, across the Panama Canal from their home range.

Seen as an invasive and pestilent species in much of its modern range, the coyote is, perhaps, one of the most strikingly visible examples of how human actions can affect entire ecosystems and carry consequences far into the future. The highly adaptable and flexible coyote is a master at exploiting human-modified landscapes with as many as 19 subspecies recognized as of 2005.

The Animal Park at the Conservators' Center is one of only two facilities in North Carolina to house a coyote in captivity, bringing the opportunity to learn more about these fascinating canines to the public. As populations of coyotes have increased in the state, more and more people are seeing this archetypal trickster in their communities, on the roadside, and in the news. We are proud to offer the public a chance to meet this species and learn more about them. 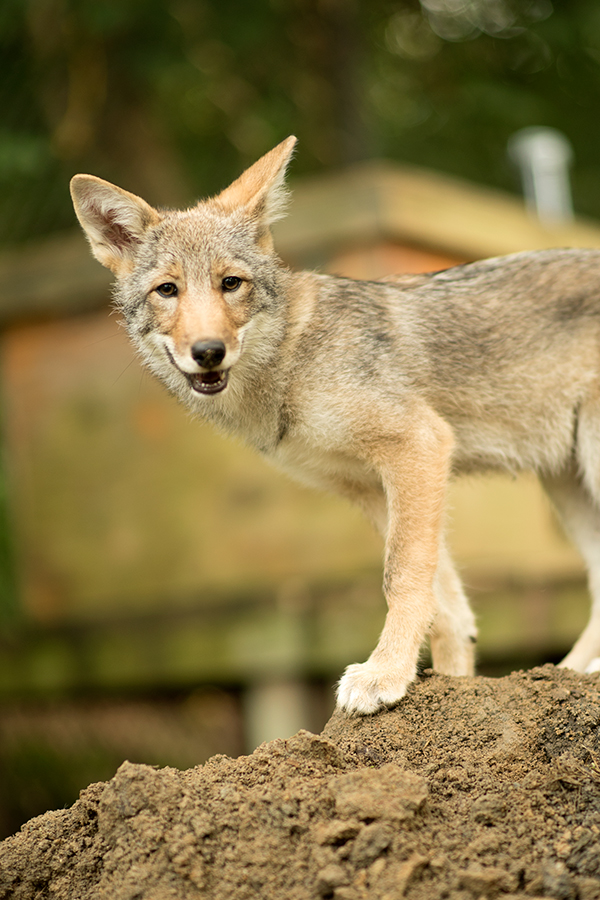