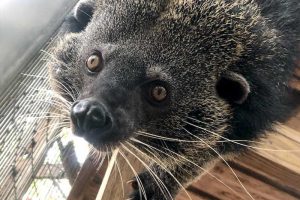 The binturong, Arctictis binturong, also known as the bearcat, is a tree dwelling viverrid native to Southeast Asia. Listed as vulnerable by the IUCN due to population decline, the binturong is the only “Old World” mammal and one of only two carnivores to have a prehensile tail. The binturong is considered a “keystone species” and fulfills an important ecological role throughout its range where it is one of the chief consumers of the fruit of the strangler fig, which makes up a majority of the canopy layer. 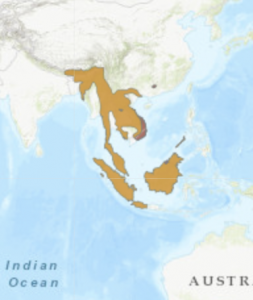 Though widespread throughout its range, the binturong is thought to be uncommon or rare today. Historically, the binturong was found across South and Southeast Asia’s tropical and equatorial rainforests. Today it is considered native to Bangladesh, Bhutan, Cambodia, China, India, Indonesia, Laos, Malaysia, Burma (Myanmar), Nepal, the Philippines, Thailand, and Viet Nam. Major threats to the species are habitat loss and degradation, including habitat fragmentation due to deforestation. Human encroachment into the forest and conversion of forested land to agricultural use is pervasive in much of the binturong’s range.

The binturong is primarily arboreal—meaning that it lives in the trees—but does descend to the ground on occasion. Camera traps have revealed a higher level of ground activity than previously anticipated for the species. Ecology of the species is poorly understood and thought to vary  across subspecies and between areas of habitation. Some binturongs are primarily crepuscular and nocturnal while others are more diurnal, leading some researchers to suggest a cathemeral—or sporadic activity during both day and night—classification.

Binturong are opportunistic hunters and will prey on small, tree dwelling mammals in addition to their normal diet of fruit, nuts, and vegetables. Classified as carnivores due to their teeth, these animals survive primarily on a vegetarian diet. 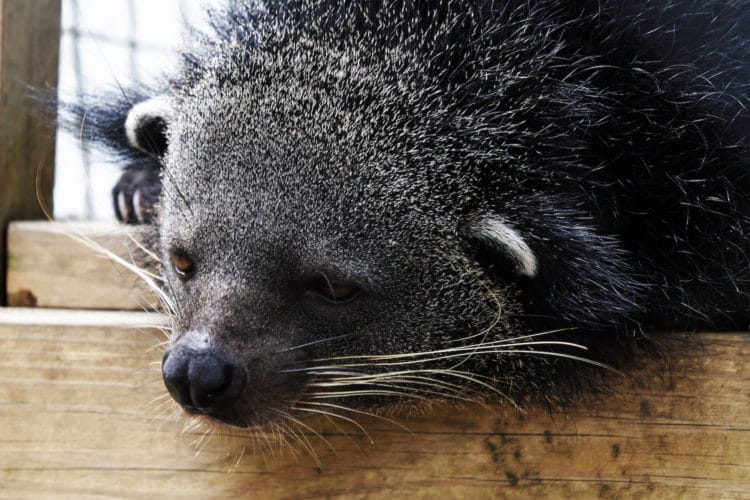 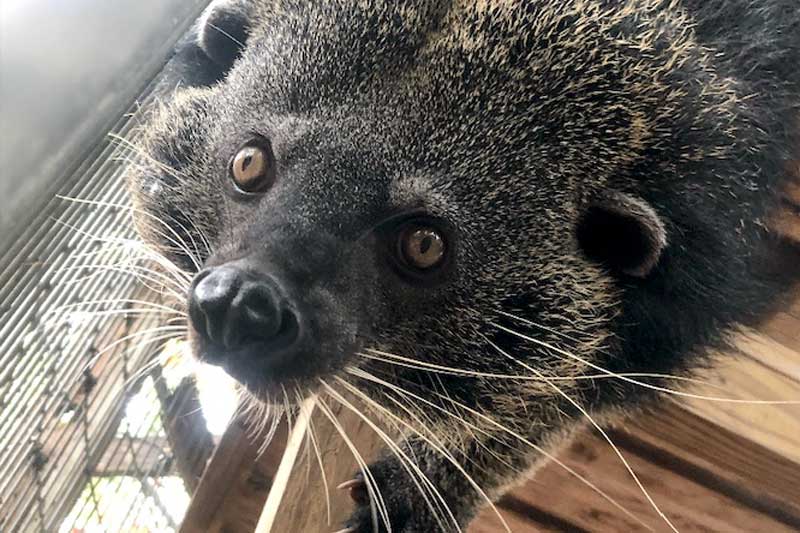