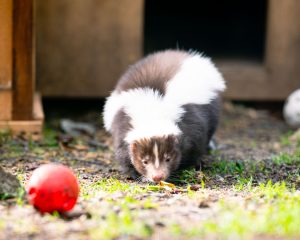 The striped skunk, Mephitis mephitis, is a small, ground-dwelling mammal in North America in the family Mephitidae. While previous classifications have placed the species in Mustelidae, recent molecular analysis has distinguished the skunks from mustelids. Striped skunks are polygamous omnivores and—save for a few birds of prey, like golden and bald eagles and great horned owls—have few natural predators as most mammalian predators avoid them. Like many skunk species, they are famous for the highly potent and developed musk-filled scent glands they use to ward off predators. 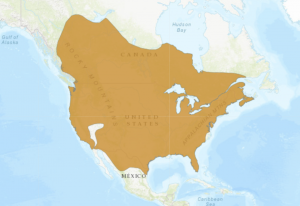 Striped skunks are found throughout North America from coast to coast and most of Southern Canada, through the United States, and into Northern Mexico. Topping out at an altitude of approximately 1800 meters, the striped skunk is most often found in its preferred territory of forest-edge zones, though it is found throughout many different habitats including desert, forest, and plains. Considered “stable” by the IUCN throughout its range, the striped skunk is vulnerable to predation, climate change, human activity, and disease.

Striped skunk fur has been a valuable commodity since the first half of the 20th century, but the value and number of specimen harvested for the fur trade declined dramatically in the 1950s and 60s as popular fashion moved towards shorter-length and, eventually, synthetic fur.

The striped skunk is an opportunistic, omnivorous predator and their diet varies depending on season and geographic location. Throughout much of its range, they feed extensively on insects associated with grassland areas. However, when insects are not available, such as in the early spring through late fall, their diet shifts to smaller, ground-dwelling mammals, birds, and vegetation. They have dexterous paws equipped with sharp claws that they often use to pursue insects inside rotting wood and under ground. 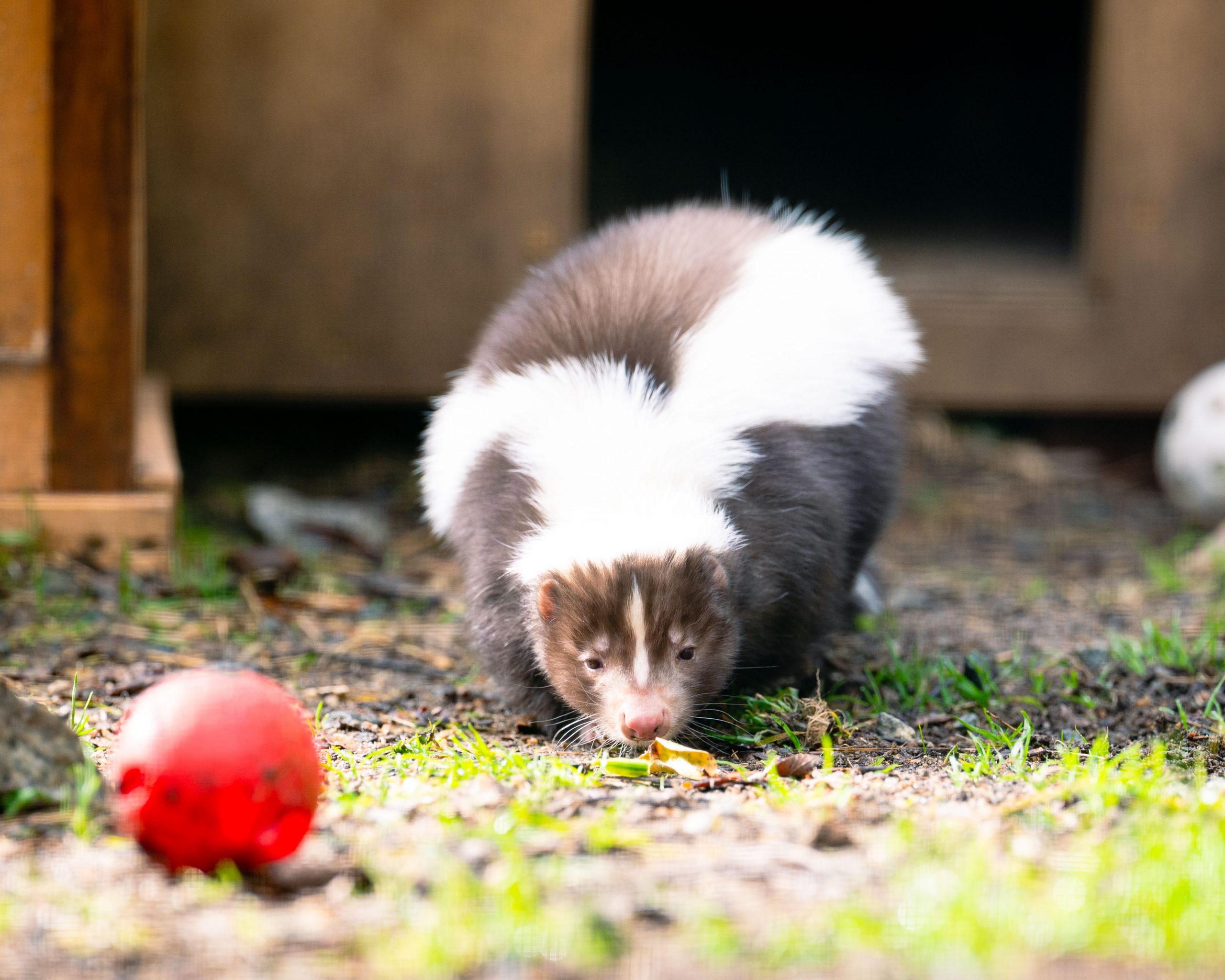