The leopard, Panthera pardus, is a secretive but highly adaptable feline with many distinguishing characteristics that set it apart from its other “Great Cat” cousins. Where possible, leopards spend much of their time in the trees, which neither the lion or tiger is able to do, thanks to their ability to climb vertically. 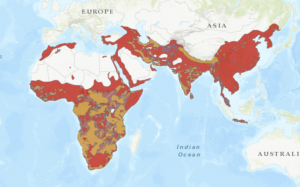 Widely distributed across Africa and Asia, and originating in the late Pliocene to early Pleistocene, the leopard is now extirpated from much of its historic range. This is due primarily to conflict with human populations, illegal hunting, and declining prey populations. The leopard is sought after for its distinctive coat pattern for both luxury goods on the global market and ceremonial use in indigenous communities.

Leopards thrive in the widest range of ecosystems among any of the “Old World Cats”. They are found across a vast and varied range from Botswana to Sri Lanka, including aired desert climates, dense jungles, rainforests, savannah grasslands, and rugged mountain ecosystems and can be found as high as 5,200 m in the Himalayas.

Prey species are medium-size and large wild herbivores (antelopes, zebra, wildebeest, etc), which are increasingly threatened from the bushmeat trade. Like the ecosystems where they are found, leopards have a highly varied diet. In addition to larger prey, they will also feed on insects, reptiles, birds, and smaller mammals. While skilled generalists as a species, it’s typical for individual leopards to become specialists for a particular prey item. And where competitors—like the lion, cheetah, hyena, African wild dog, or tiger—are present leopards will cache their prey in thick vegetation or “hoist” their kills into trees. 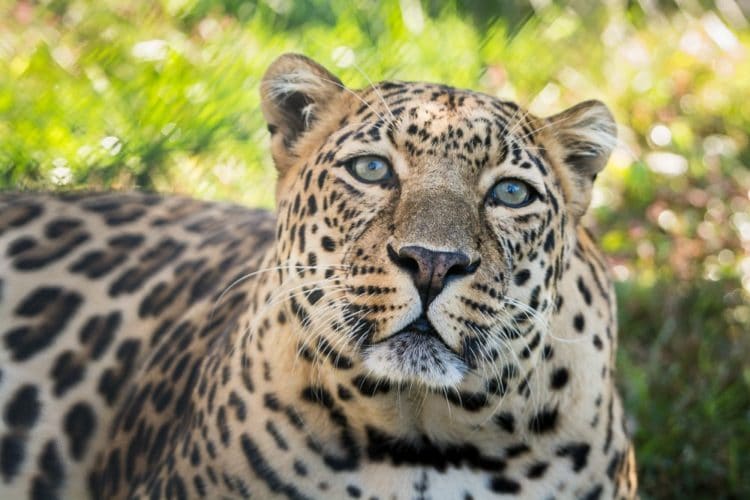