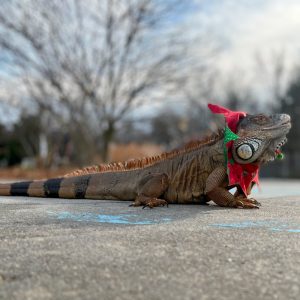 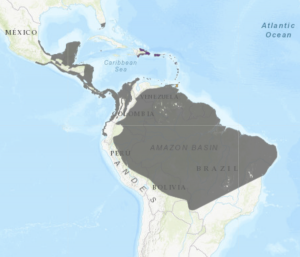 Unlike other species of iguana, the common green iguana has colonized humid, tropical rainforests and can be exclusively arboreal, only descending from the trees to nest on the ground. While this is often found in rainforest biomes, it also inhabits many other types of ecosystems, including dry forests, gallery forests, savannahs, and xeric islands. The common green iguana is diurnal and most often found near a source of water, they are excellent swimmers and agile climbers.

Their large, long tail is used, in conjunction with the dewlap under the animal’s neck, as a means of defense and intimidation against predators. The dewlap stiffens when an iguana feels threatened and makes the animal appear larger. The dewlap, when stiffened and enlarged, can also act as a type of armor by making attacks around the head less likely to cause serious injury.

Iguana iguana is one of only a few generalist herbivores found in tropical forest canopies, but they can be picky eaters and their diet is a matter of preference, not abundance. While there is documented evidence of the green iguana consuming meat, it is extremely rare and is thought to be a supplementary feature to maintain their intestinal microbiome, not a nutritional necessity. The common green iguana is, again, a herbivore and its diet consists of a broad range of plants and plant matter. They have a very specific dietary-mineral requirement, making them moderately difficult to care for in captivity. 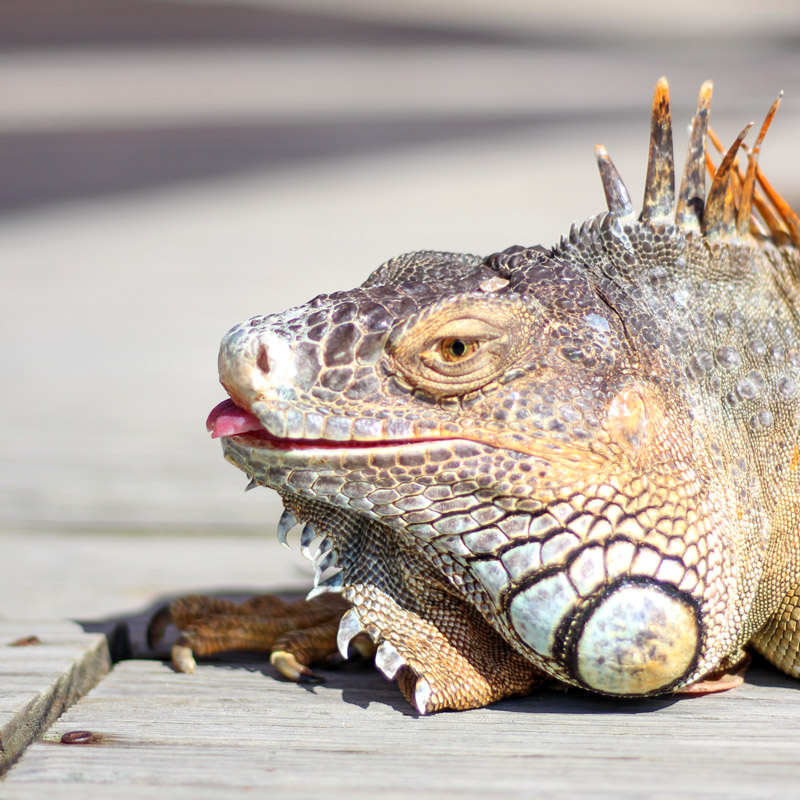