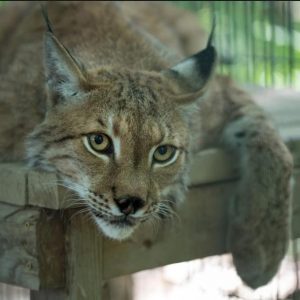 The Eurasian lynx, Lynx lynx, is a medium-sized wild cat found throughout Europe and Asia. There are six recognized subspecies of Eurasian lynx and three more currently under investigation. They are cousins to the North American bobcat, but are much larger with longer legs and bodies. The Eurasian lynx is the largest member of the genus Lynx and is the only one to primarily hunt large ungulates like deer. 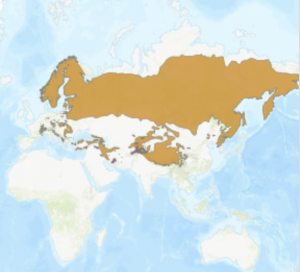 Historically, the Eurasian lynx held a large range from Scandinavia through to the east coast of Siberia in Asia and down into Central Asia. The Eurasian lynx also held much of Western Europe where there was dense forest, though it was absent from the Iberian Peninsula and many of the islands like Sicily and Ireland. In Europe, threats to the Eurasian lynx include persecution from hunters, habitat fragmentation from infrastructure development, habitat loss (deforestation), and accidental mortality due to human interaction. In Asia, threats to the Eurasian lynx are very similar, but also include habitat loss due to resource extraction and logging activities and poaching. Today, the Eurasian lynx occupies much of its historic range and continues to be found across Europe and Asia from Scandinavia to the east coast of Siberia and south into the Tibetan Plateau.

Eurasian lynx inhabit a wide variety of ecological conditions across many climates and elevations. In Northern Europe and throughout Asia, the Eurasian lynx is found in dense temperate and boreal forests that can support good ungulate populations as well as provide cover for hunting. In the Central Asian steppes and plateaus, the Eurasian Lynx in more open and thinly wooded areas. It has been observed in thick scrubland as well as the rocky, barren areas above the tree line in the Northern Himalayan Mountains. In Europe, the Eurasian lynx is found from mediterranean forests up into the transition zones of taiga and tundra to the north.

Home ranges for the Eurasian lynx vary greatly from climate to climate and can be anywhere from 100 to over 1,000 kilometers in total area. Males’ ranges typically overlap or enclose one or two females’ territories, with population density generally between one and three lynx per 100 kilometers.

The Eurasian lynx is the largest of the three lynx and the only one to primarily hunt ungulates. These cats can take down prey ranging from 15 kg musk deer to 220 kg adult male red deer, though they show a preference for smaller ungulate prey like roe deer, chamois reindeer, and musk deer. Prey also includes smaller mammals, such as fox, hare, marmot, beaver, wild pig, birds, and domestic animals when available. 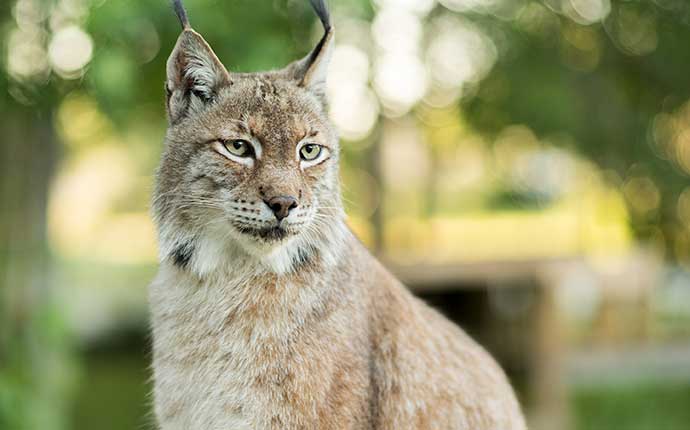 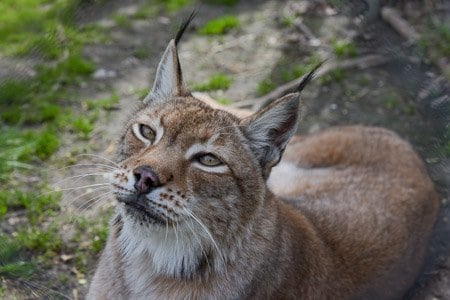 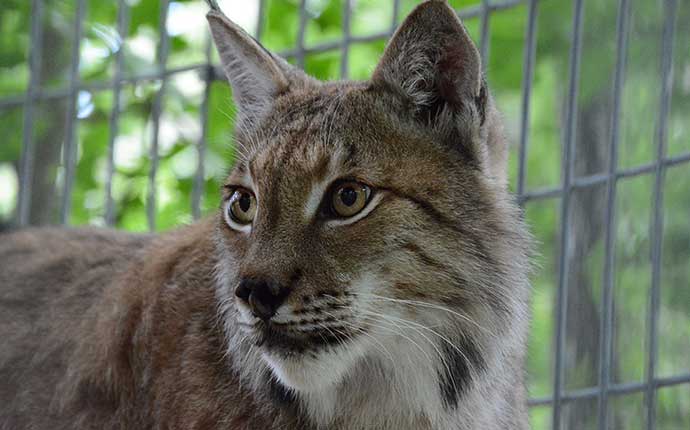