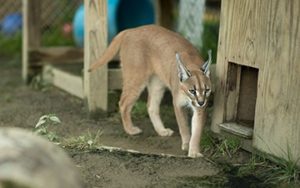 The caracal, Caracal caracal, is a small wild cat found in Africa and parts of the Middle East. It’s characteristic large, black ears are the source of its name, caracal, which is derived from the Turkish words for “black ear.” The species has been classified in several genus historically—including Felis and Lynx—and is currently under review by the IUCN’s Cat Specialty Group for taxonomic classification. 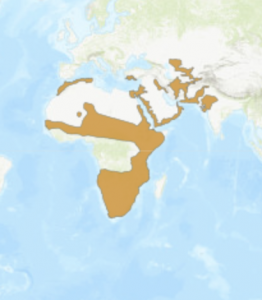 Historically, the caracal’s range mirrors that of the cheetah, Acinonyx jubatus, and both follow the ranges of several small desert gazelle. Caracals continue to occupy much of their historic range, with losses of territory mainly concentrated around its periphery. Threats to the caracal are varied across its wide geographic range and consist primarily of human persecution in response to livestock predation, habitat loss, and habitat fragmentation. Today, the caracal is found throughout much of Africa—absent only from the regions of equatorial jungle in the center of the continent and the interior of the Sahara desert—and large areas of the Central Asia and Asia Minor.

The caracal has a fairly wide range of ecological tolerance and can be found from open savanna grasslands and semi-desert regions to moist woodlands and evergreen forests. However, the caracal typically prefers dryer savanna with moderate cover.

Like most felids, the caracal is a solitary animal. However, the large, high contrast ears and ear tufts are suspected to be used as methods of communication to other caracals. Individuals have been observed in the wild rapidly flicking their ears towards each other in passing. Males typically have territories up to twice the size of that of females throughout their range, with the largest such disparity occurring in Saudi Arabia.

While capable of taking down larger prey, caracals typically predate on smaller ungulates and smaller mammals. They are also efficient bird hunters, like their suspected cousins, the serval, Leptailurus serval. Game primarily consists of small murids, small antelope, reptiles, invertebrates, and fish as well as some vegetation. They occasionally prey on small-to-medium sized livestock including goats, sheep, and poultry, which makes them a target for persecution by humans. 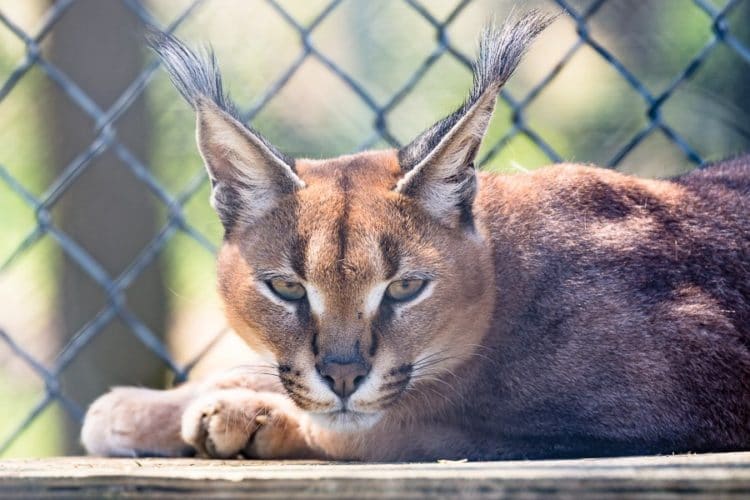 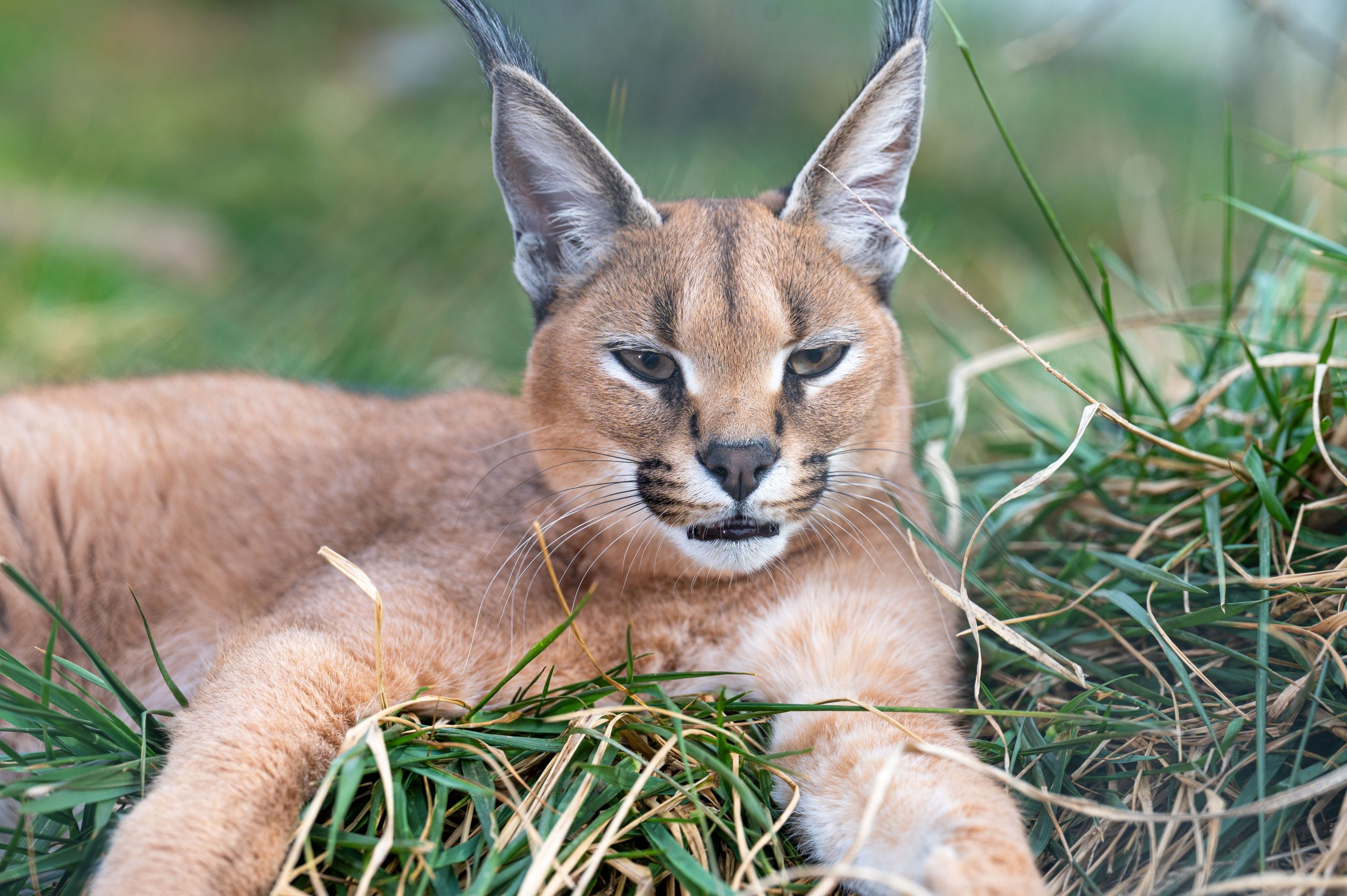 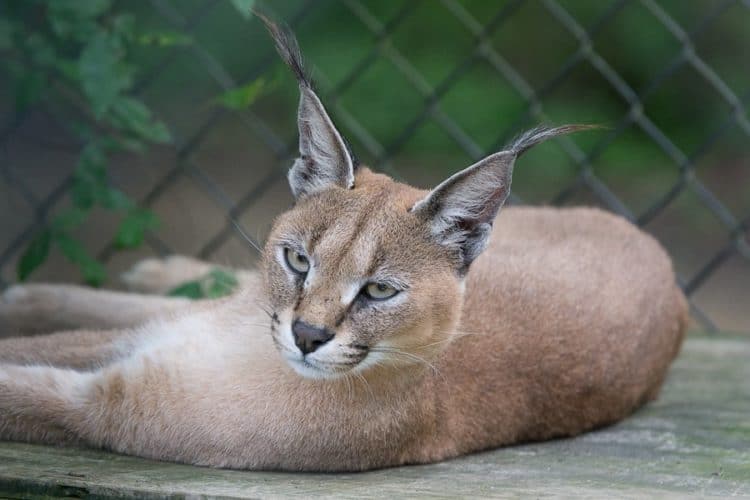 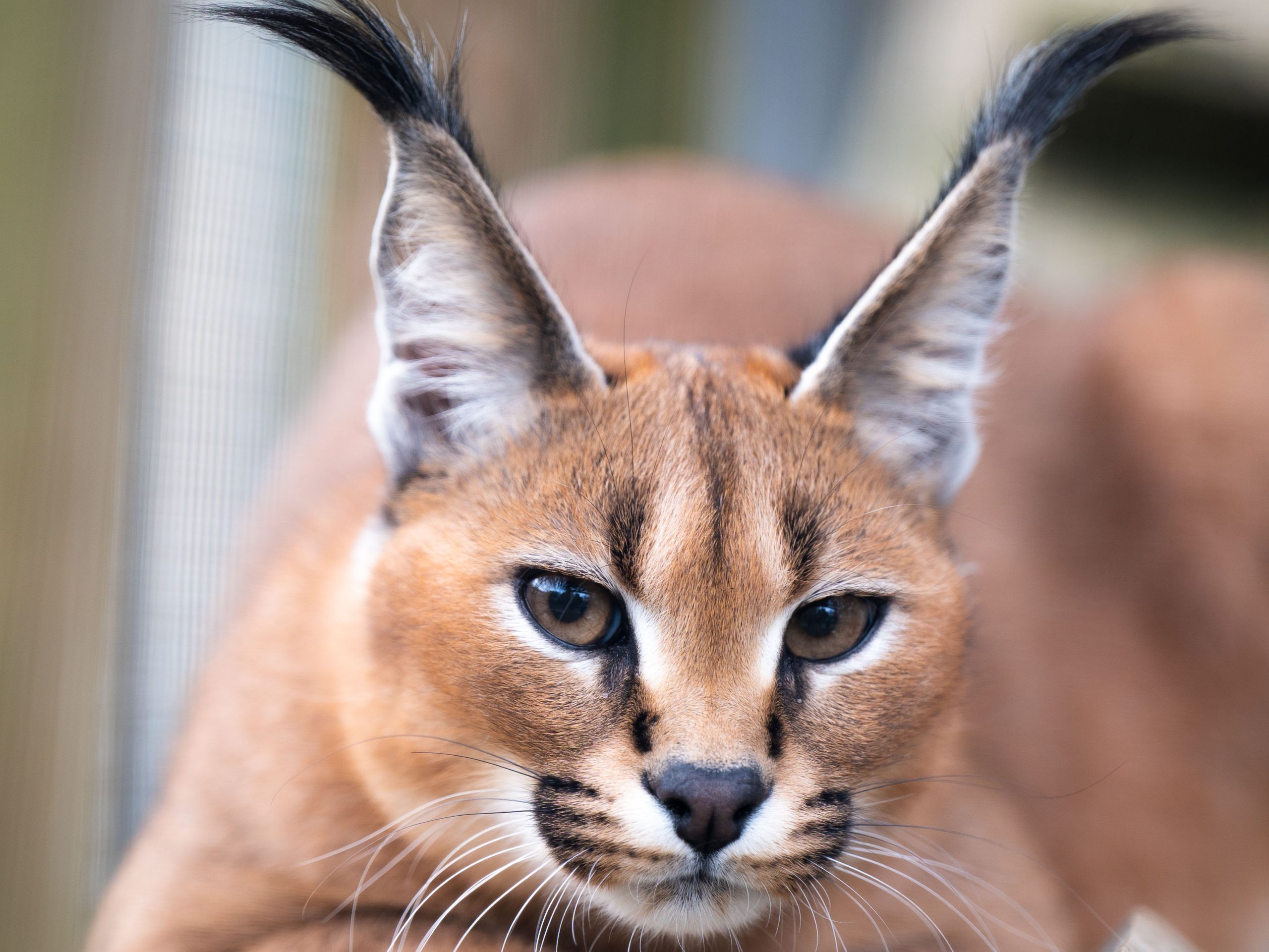