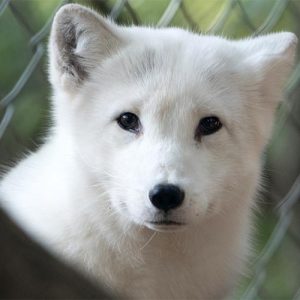 The arctic fox, Vulpes lagopus, sometimes called the white fox or snow fox, is a small and stocky fox well-adapted for life in the arctic. The name lagopus means “hare-footed” in reference to the thick fur between its paw pads that protects against snow and frozen terrain, an adaptation also seen in its prey. Its extraordinary fur coat is a more effective insulator than that of any other mammal, allowing it to survive the polar winter. 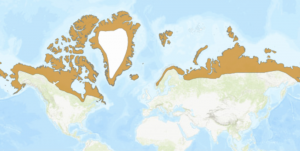 Arctic foxes can be found in virtually all polar habitats; there are four known subspecies distributed throughout inland regions of high latitude in the northern hemisphere, where they inhabit tundra, pack ice, and boreal forests. The extreme seasonal variations of the arctic are reflected in the fox’s coat, which keeps white in the presence of snow and becomes tan or darker brown in summer.

It numbers in the hundreds of thousands, fluctuating with the availability of the rodents it hunts; but despite its widespread abundance, two subpopulations are severely endangered. In mainland Scandinavia, an estimated 200 individuals have remained for almost a century, though they have been legally protected for decades from game hunting. Another isolated population on Medny Island in Russia is threatened by parasitic infections introduced from domestic dogs in the 1970s.

The arctic fox survives mostly on vast populations of rodents (especially lemmings and voles), hare, and birds, but will also scavenge from carrion and vegetation (including berries and seaweed) where opportunities arise. Its acute hearing and light weight allow it to hunt from atop the snow surface, from which it will pounce upon its prey after locating it by sound alone. A family of foxes consisting of a single breeding pair and their children may consume dozens of rodents a day. 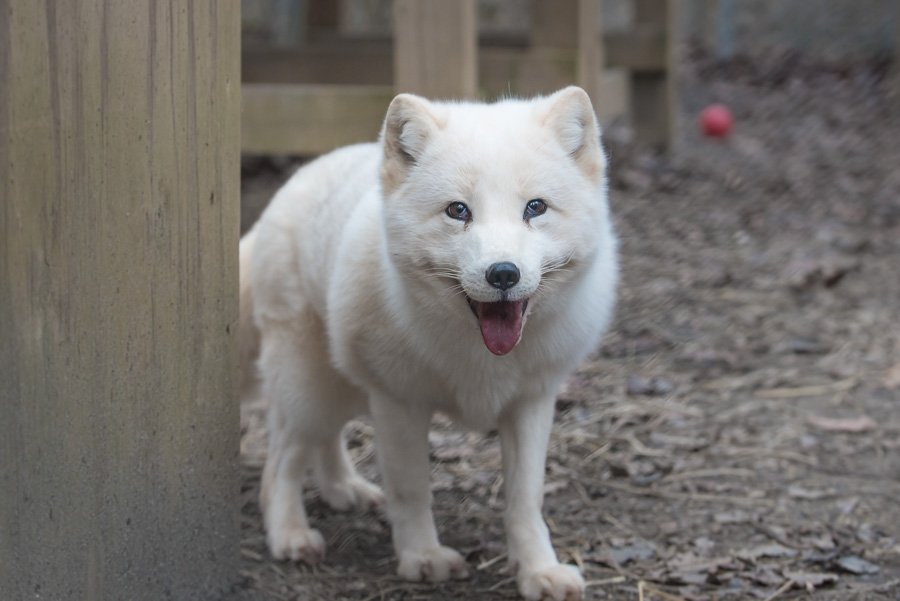